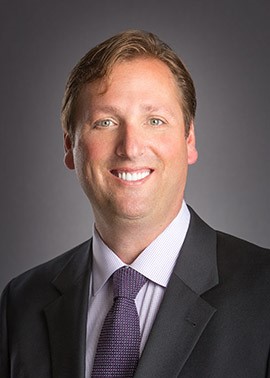 As President, CEO and founder of Beacon Bay Project Management, Eric has over 27 years of experience in construction, architecture, and project management. He worked for Manor Care Health Services, Marriott International, and Marriott World Vacations before venturing off to create two companies – a general contractor licensed in the State of Florida, and project management firm specializing in the hospitality industry as well as multi-family, assisted living and residential.

Eric started his construction career in 1993 specializing in healthcare, assisted living, and skilled nursing, specifically managing construction for new Alzheimer’s prototype facilities on the Western U.S. region.  Later transitioning into hotel construction career in 1997, Eric started a career with Marriott International out of their Western Division Office in Newport Beach, CA.  He completed over 2,000 hotel room renovations throughout the Western United States in 4 years, totaling more than $500 million.

Later, as Project Director for Marriott Vacation Club International based in Orlando FL , Eric oversaw large timeshare communities of approximately 1,000 units each in Phoenix, AZ, Branson, MO and throughout the South.

In 2004, having acquired a State Certified General Contractor’s license in the State of Florida (CGC1507250), Eric started Beacon Bay Construction Corp., and grew rapidly into a mid-sized GC company specializing in residential and small commercial projects.  Eric’s wife Shannon joined the company in 2014 and expanded the business into investor and REIT homes across Florida and into several nationwide key markets.  Currently BBCC manages in excess of $7M in annual revenues and turns on average over 150 homes each month.

Get Started On Your Project

Experience the groundbreaking difference of working with Beacon Bay during your next project. Meet with one of our executives to discuss your project by contacting us today.