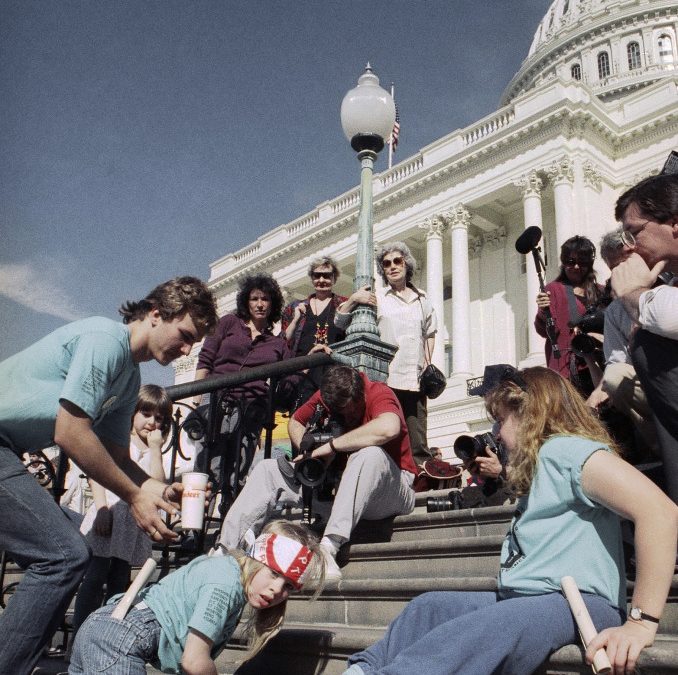 A little background on the American with Disabilities Act:

Congress passed ADA legislation after a group of handicap & special needs people left their wheelchairs, braces, and crutches at the bottom of the Capital steps, and then crawled up the steps to the Capital building to raise awareness for people that live with disabilities.  Congress and the Attorney General developed and passed the law we call, The Americans with Disabilities Act.  President George H.W. Bush was quoted as saying, “Let the shameful wall of exclusion finally come tumbling down”, as he signed it into law on July 26, 1990.

Thought-out the years, the ADA has been updated and revised by the Attorney General.  You can download the current ADA requirements & regulations for free at their website: www.ada.gov

The ADA legislation is not just for the construction professional.  It has many aspects and is a part of everyday life, for example: website designs, telephone systems, & even product packaging all of these have rules and regulations to help people with impairments or disabilities.

What does the ADA mean to the present-day construction professional or project manager?  The answer is simple: Everyone that is involved constructing a new building or renovating an existing building should have some general knowledge of the ADA.  There are many rules and regulations that make up the ADA requirements and for the normal construction professional many of those rules can be confusing or seem petty.  On the flip side, there are some simple rules and common measurements that can be learned.  One of the things project managers need to do is hire an architect that is knowledgeable, and well versed in the ADA.

We, as construction professionals, need to remember the ADA is civil rights legislation, just like our freedom of speech, the right to vote, and the freedom of religion.  All Americans have the right to enjoy our national parks, go to a restaurant, or stay at a hotel.  It is our job to ensure that each project we encounter, and work on constructed per the latest ADA standards.

As I mentioned before there are many rules and regulations to follow in the ADA, and every project manager should take the time and energy necessary to educate themselves.